OldTradingPost.com also created Vintagegunleather.com because of our belief in maintaining the historical accuracy of Gun Holsters and Gun Leather throughout the products development. It is uncertain who first thought up the idea of what became the traditional“cowboy” holster, commonly referred to as the Mexican Loop or El Paso Loop holster. It was cut out of one piece of leather, shaped so that one half of the leather folded over like a sandwich, with the open bottom edge and the contoured open side edges stitched closed to form the pouch for the gun. The other half of the leather was folded down behind the full length of the pouch to make the “skirt.” From two to six slits were then cut horizontally through the middle of this skirt, forming one, two or three straps that the pouch was inserted down through to form the finished holster. And the fold at the top of the holster formed a loop for a belt to go through, so that the holster hung on the belt, not below it. At first, the top of the outer side of the Mexican Loop holster was so high that it was nothing more than a pocket for the pistol to fall into. But over the years, the top side of the holster was cut down further and further until a.com ll of the handle of the gun and part of the trigger guard were exposed so that the gun could be gripped faster and pulled from the holster faster. Yes, some individuals probably created their own fast-draw holsters during this time, and perhaps some even tied down their holsters with a rawhide thong around their thighs so that the holster wouldn’t ride up the leg on a fast draw. But otherwise, and contrary to movie myth, these Mexican Loop holsters that were usually worn high on the hip into the 20th century were not fast-draw holsters, and the so-called Hollywood fast-draw holsters of the 1950s movie boom simply did not exist in the 1800s and that is why we created a separate category for what we call Fast Draw Holsters or in some cases Hollywood Fast Draw Holsters. 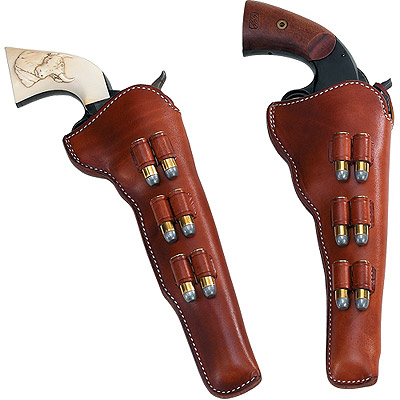 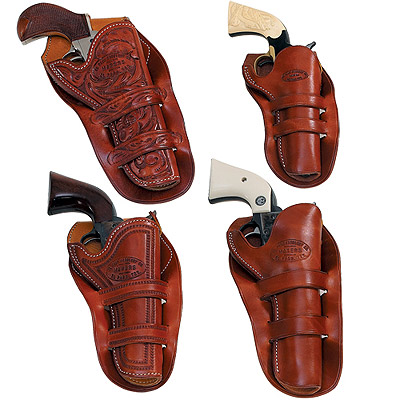 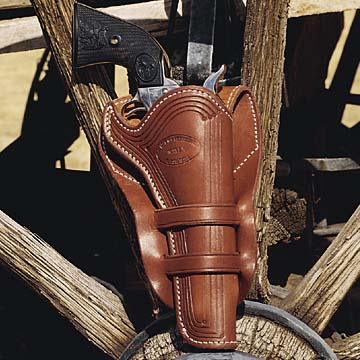 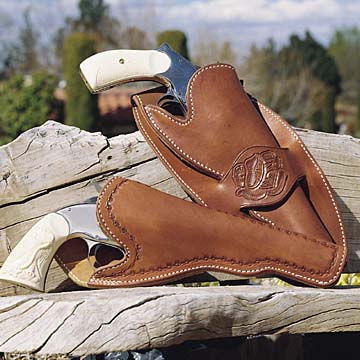 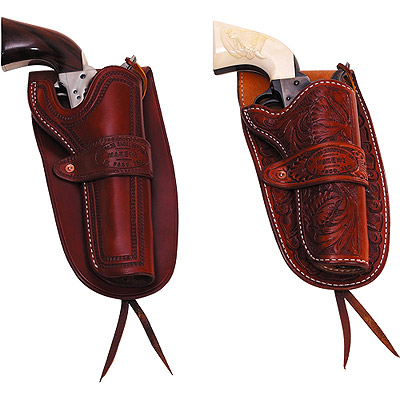 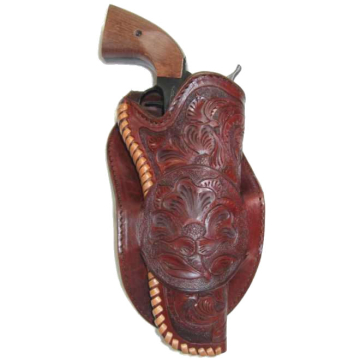 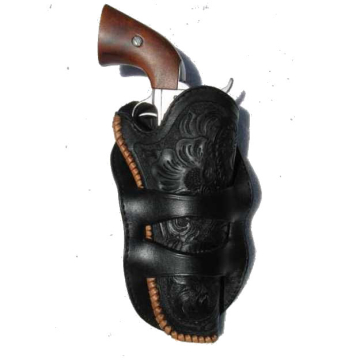 "Anything For A Buck!"